Blockchain Report: An overview and comparative evaluation of three implementations

Blockchain Report: An overview and comparative evaluation of three implementations 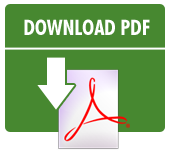 One of the most important components of blockchain technology is its ability to transfer monetary value and do so in untrusted environments. Blockchain has garnered much attention recently, primarily as it can be a secure, fault tolerant, highly available, transparent technology which can provide different levels of access to data. These aspects of the technology make it well suited to improve the efficiency of certain financial and legal processes, and also serves as a new way of solving logistics management problems. 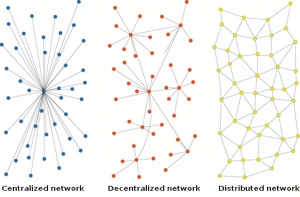 Comparison of different network topologies. Centralised and decentralised networks both represent hierarchical structures which are less fault tolerant than distributed networks. In a distributed network, such as a blockchain, each node is connected to numerous other nodes making these networks robust and highly available.

While there are many potential applications, and hence many variations of blockchain technology, every implementation relies on a consensus algorithm. Consensus is the process by which a distributed blockchain is updated such that every node has an identical replica. Many consensus models have been proposed and implemented, however an empirical analysis of them is lacking. Such an empirical evaluation would be of great benefit to companies and organisations who are considering implementing different use cases involving blockchain technology. The aim of the CeADAR blockchain project is to provide an analysis of different consensus methods and blockchain implementations.

The blockchains we evaluate represent some of the most recent and popular open source implementations:

Creating a robust, secure, efficient and reliable blockchain is a difficult task. In particular, how to achieve consensus amongst validation nodes in a trustless environment is a challenging problem. It may be a good option for a company wishing to use blockchain technology to choose an existing implementation. The blockchain evaluation results are useful for anyone wishing to use or experiment with blockchain technology. The evaluation code itself may be useful for evaluating future blockchain implementations. All that would be required is implementing the necessary functions for setting up and communicating with the new blockchain.

Blockchain has demonstrated its potential as a disruptive technology, particularly with Bitcoin, the first blockchain implementation. While the value of Bitcoin fluctuates greatly, it currently has over $9.9 billion invested in it. It is therefore important for companies to stay informed about the current state of this technology as it has the potential to change the marketplace dramatically.

The CeADAR Blockchain Report discusses the evaluation results and also analyses the blockchain implementations from perspectives such as security, trust, transparency and privacy. In addition to this, a high level overview of blockchain technology is available, providing an introduction to the technology and its uses, both current and potential. A state-of-the-art review of available implementations as well as innovative companies and solutions in this space is also provided.

Nourishing the AI community in Ireland and Worldwide by providing the latest...
CeADAR is very excited share that we are recruiting Senior Research Data...
Join a host of experts  in AI , Climate Change, Air Pollution and...